For those of you who work with both the python codebase and the c++ backend, I found a pretty useful tool. Seeing as we work with performance-sensitive software, profiling is very useful; but, it can be a pain to profile our c++ code when called through python, which necessitates writing c++ wrappers to functions for basic profiling. The solution I found is called yep, which is a python module made specifically to profile c++ python extensions.

In order to install, simply run:

For khmer, you should also be sure to turn on debugging at compile time:

The first is the python module implementing the profiler; the second is the tool for analyzing the resulting profile information.

There are a couple ways to use it. You can call it directly from the command line with:

The -- is necessary, as it tells UNIX not to parse the resulting arguments as flag arguments, which allows the profiler to pass them on to the script being profiled instead of choking on them itself. Thanks for this trick, @mr-c. Also make sure to use the absolute path to the script to be profiled.

You can also use the module directly in your code, with:

The resulting file is then visualized using google-pprof, with:

In order to get python debugging symbols, you need to use the debugging executable. So, while you may run the script in your virtualenv if using one, you give google-pprof the debug executable so it can properly construct callgraphs:

Here is some example output: 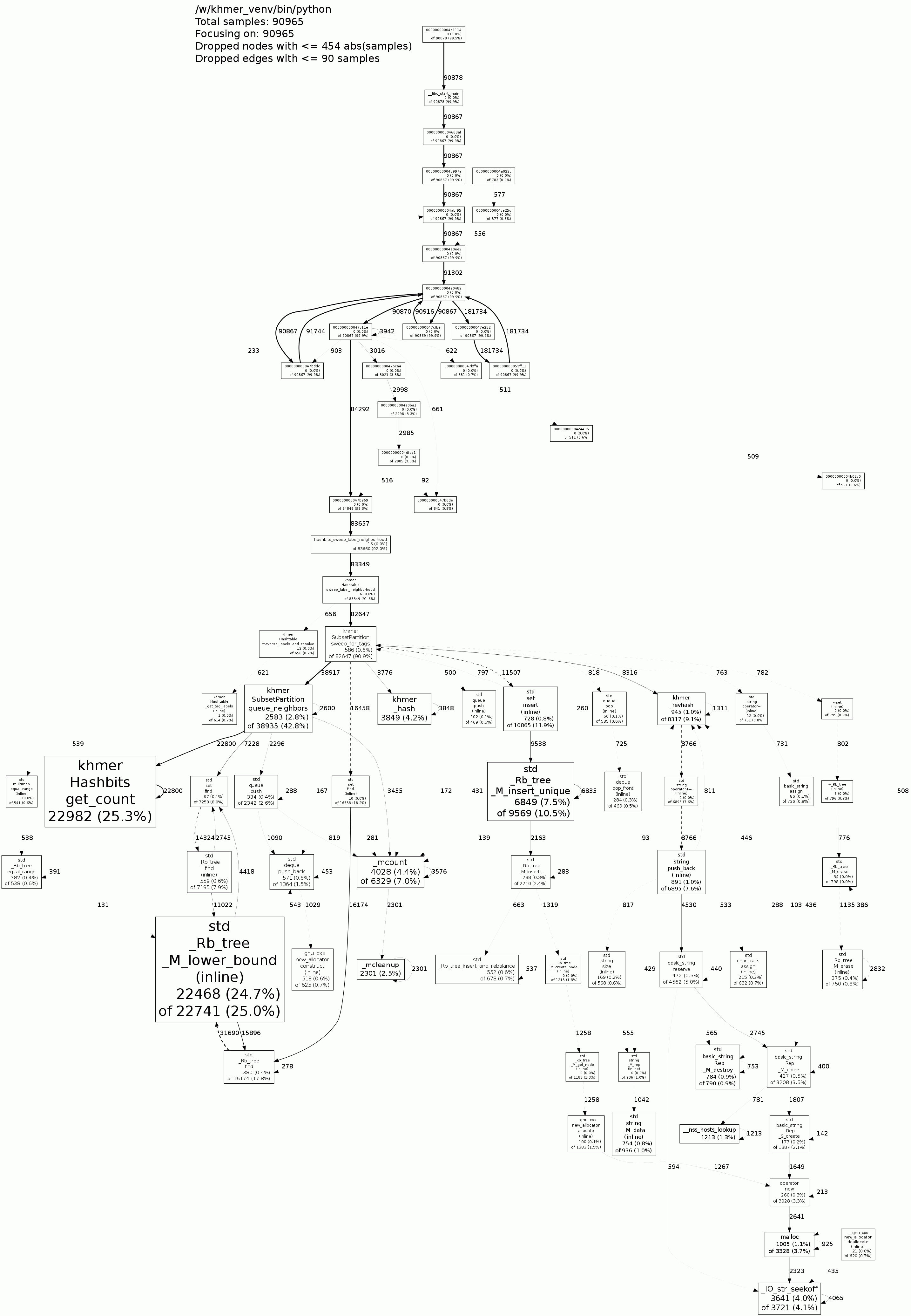 In this call graph, the python debugging symbols were not properly included; this is resolved by using the debugging executable.

And that’s it. Happy profiling!